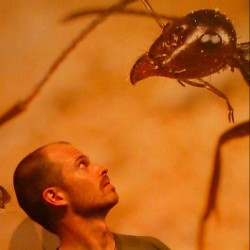 Faas and the Serverless

Did you ever notice that Fass and Serverless is a lot like the Fast and the Furious series of movies? No, of course not. That would be crazy. Well, I have and it's not as crazy as you might think. Each of the different characters Dom, Letty, Brian, Tej, Roman, etc. specialize in doing one thing really well and when you combine their abilities as a team they can accomplish just about anything. This is the same as when you have a bunch of well written functions that can be composed into even more powerful functions. The characters respond to plot points like when, Spoilers, Dom finds out Letty is alive at the end of Fast 5. This is like events or triggers which call a function or a composition of functions in order to perform a task. As well since all of the characters implement a common interface; driving a car; they can be easily deployed anywhere there are roads. Just like well our functions can be deployed to any serverless Faas container.